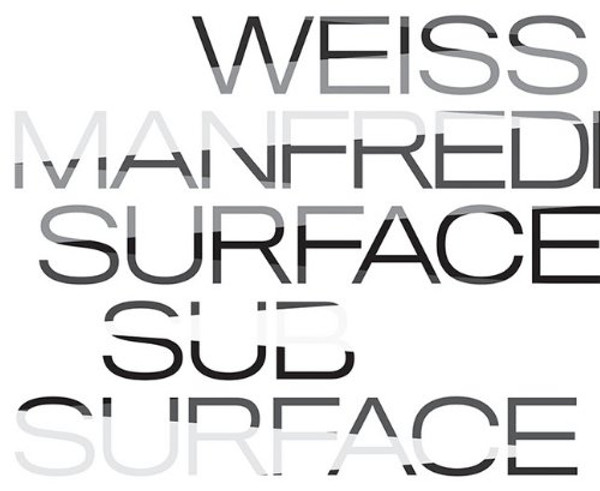 For nearly two decades the architecture firm Weiss/Manfredi has practiced outside the traditional boundaries of architecture. Their work with complex sites and programs benefits from an interdisciplinary approach and a dynamic integration of architecture, art, infrastructure, and landscape design. Surface/Subsurface presents nine major projects that have been completed since their first monograph Site Specific, published in 2000.

Their design processexemplary of the best contemporary architectural practicesreveals potential in subsurface conditions with the goal of generating an entirely new language for the surface. Projects include the Olympic Sculpture Park in Seattle, which wanders over a highway and train lines; the Museum of the Earth in Ithaca, New York, which manipulates the movement of water, cars, and visitors; and the Smith College Campus Center in Northampton, Massachusetts, whichtransforms the brick campus into a luminous terracotta surface. Each project is fully documented through project photographs, drawings, details, and texts.

Lou Manfredini's House Smarts: Everything You Ever Wanted to Know About Buying, Maintaining, and Living Comfortably in Your Home