Washington in the Lap of Rome: Forward by Christian J. Pinto 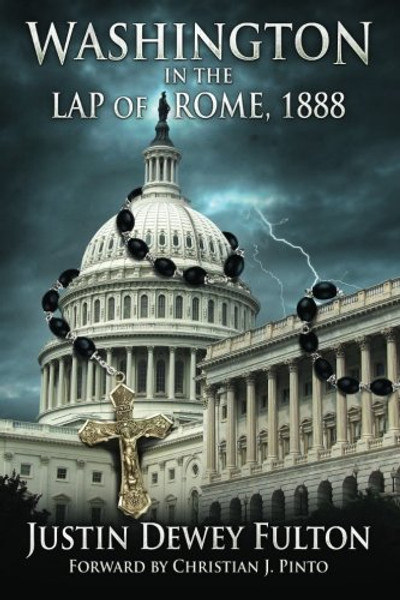 Washington in the Lap of Rome: Forward by Christian J. Pinto

Romanism is the dominant power in the Capitol of the United States. In 1888, a man named Justin D. Fulton gave a warning to the people of America through his book, Washington in the Lap of Rome. In it, he details how the Roman Catholic Church flooded the new capital city just after the American Revolution, with the intention of seizing control of the United States by covert means. Prior to the Revolution, Catholics in America were forbidden to vote and could not hold political office, because of the centuries-old conflict between Rome and England; an enmity so bitter that even the Catholic mass was outlawed in the English colonies. But once America declared her independence and the doctrine of religious freedom was written into the Constitution, the ancient enemy of all freedom moved quickly, building a Jesuit university and moving faithful Romanists into positions of power. By 1888, the situation was such that Dewey wrote: Romanism is the dominant power in the Capitol of the United States. This new edition of Deweys book presents a seventy page forward by documentary filmmaker, Christian J. Pinto that is found in no other version of this work. His forward reveals the influence of Rome from 1888 to the present time, documenting the role of the Vatican during World War II, with the development of the CIA, the Vietnam era, McCarthyism, the Jesuit origins of Communism, the Mexican border issue, the rewriting of American history, the Supreme Court, the manipulation of the White House, and even the modern presidency of Barack Obama.