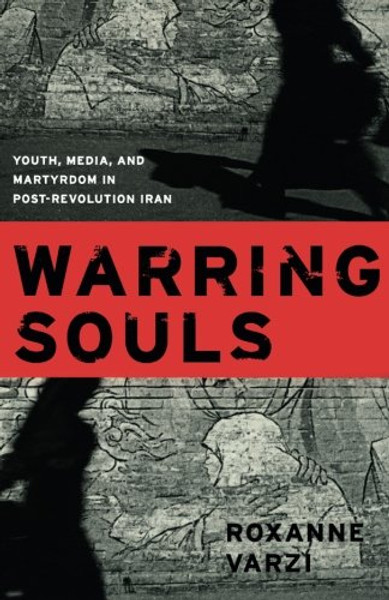 With the first Fulbright grant for research in Iran to be awarded since the Iranian revolution in 1979, Roxanne Varzi returned to the country her family left before the Iran-Iraq war. Drawing on ethnographic research she conducted in Tehran between 1991 and 2000, she provides an eloquent account of the beliefs and experiences of young, middle-class, urban Iranians. As the first generation to have come of age entirely in the period since the founding of the Islamic Republic of Iran, twenty-something Iranians comprise a vital index of the success of the nations Islamic Revolution. Varzi describes how, since 1979, the Iranian state has attempted to produce and enforce an Islamic public sphere by governing behavior and by manipulating imagesparticularly images related to religious martyrdom and the bloody war with Iraq during the 1980sthrough films, murals, and television shows. Yet many of the young Iranians Varzi studied quietly resist the governments conflation of religious faith and political identity.

Highlighting trends that belie the governments claim that Islamic values have taken holdincluding rising rates of suicide, drug use, and sex outside of marriageVarzi argues that by concentrating on images and the performance of proper behavior, the governments campaign to produce model Islamic citizens has affected only the appearance of religious orthodoxy, and that the strictly religious public sphere is partly a mirage masking a profound crisis of faith among many Iranians. Warring Souls is a powerful account of contemporary Iran made more vivid by Varzis inclusion of excerpts from the diaries she maintained during her research and from journal entries written by Iranian university students with whom she formed a study group.

The Soul of Iran: A Nation's Struggle for Freedom