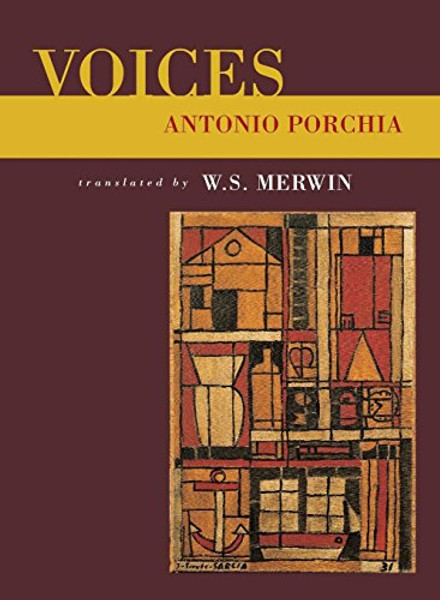 Antonio Porchia (18861968) wrote one book, a slender collection of poetic aphorisms that became a classic in the Spanish-speaking world. With affinities to Taoist and Buddhist epigrams, Voices bears witness to the awe of human existence. Revised and updated with a new introduction by translator W.S. Merwin, this bilingual volume brings back into print one of Latin Americas great literary treasures.

He who tells the truth says almost nothing.
*
I know what I have given you. I do not know what you have received.
*
Only a few arrive at nothing, because the way is long.
*
Out of a hundred years a few minutes were made that stayed with me, not a hundred years.
*
When I come upon some idea that is not of this world, I feel as though this world had grown wider.
*
This world understands nothing but words, and you have come into it with almost none.
*
We become aware of the void as we fill it.

Antonio Porchia (18861968) was born in Italy. After his father died, he emigrated to Argentina with his mother and seven siblings, and as the eldest child, started working at the age of 14. He was self-taught, and his only book, Voices, caught the attention of a noted French critic who assumed him to be a scholar of Kafka and Buddhism, rather than the humble man who loved to tend his garden. Today, Porchias aphorisms are published in more than a dozen Spanish-language editions as well as in German, French and Italian.

W.S. Merwins awards include the Pulitzer Prize, the Tanning Prize, the Bollingen Award, and fellowships from the Guggenheim Foundation and the NEA. He is the author of dozens of books of poetry and translations. He lives in Hawaii.