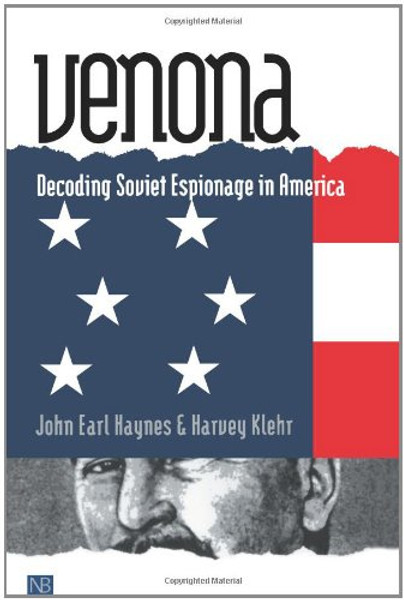 Only in 1995 did the United States government officially reveal the existence of the super-secret Venona Project. For nearly fifty years American intelligence agents had been decoding thousands of Soviet messages, uncovering an enormous range of espionage activities carried out against the United States during World War II by its own allies. So sensitive was the project in its early years that even President Truman was not informed of its existence. This extraordinary book is the first to examine the Venona messagesdocuments of unparalleled importance for our understanding of the history and politics of the Stalin era and the early Cold War years.

Hidden away in a former girls school in the late 1940s, Venona Project cryptanalysts, linguists, and mathematicians attempted to decode more than twenty-five thousand intercepted Soviet intelligence telegrams. When they cracked the unbreakable Soviet code, a breakthrough leading eventually to the decryption of nearly three thousand of the messages, analysts uncovered information of powerful significance: the first indication of Julius Rosenbergs espionage efforts; references to the espionage activities of Alger Hiss; startling proof of Soviet infiltration of the Manhattan Project to build the atomic bomb; evidence that spies had reached the highest levels of the U.S. State and Treasury Departments; indications that more than three hundred Americans had assisted in the Soviet theft of American industrial, scientific, military, and diplomatic secrets; and confirmation that the Communist party of the United States was consciously and willingly involved in Soviet espionage against America. Drawing not only on the Venona papers but also on newly opened Russian and U. S. archives, John Earl Haynes and Harvey Klehr provide in this book the clearest, most rigorously documented analysis ever written on Soviet espionage and the Americans who abetted it in the early Cold War years.