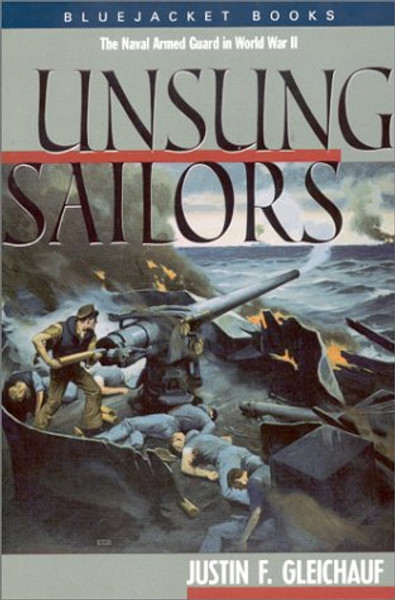 During World War II nearly 150,000 Americans served in the U.S. Naval Armed Guard protecting merchant ships and their precious cargoes around the globe, yet this branch of the Navy and its significant contributions to the war effort are little known to the public. As gunners, radio operators, signalmen, and medics assigned to some 6,000 merchant ships, the guardsmen helped get desperately needed supplies to their destinations. Often working under horrendous conditions, they frequently engaged the enemy in the U-boat-infested Atlantic, on the deadly Murmansk Run, and in the Mediterranean, Pacific, and Indian oceans. To tell their story Justin Gleichauf spent five years gathering material and interviewing more than one hundred Naval Armed Guard veterans.

This dramatic narrative history draws heavily on those interviews. The author backs up their lively firsthand accounts with an authoritative analysis of their activities. The result is a complete picture of life aboard an astounding variety of vessels, including the famed Liberty ships. His book includes background information on the Armed Guard in World War I and the events that led to its reactivation in April 1941. This tribute to the wartime service of the so-called stepchildren of the U.S. Navy adds important data to the historical record while giving the general reader a new appreciation of the war at sea.

SWABBY: World War II Enlisted Sailors Tell It Like It Was.

War at Sea: A Naval History of World War II