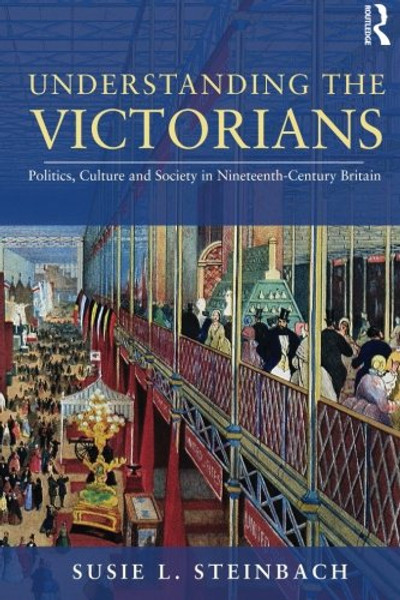 The Victorian era was a time of dramatic change. During this period Britain ruled the largest empire on earth, witnessed the expansion of democracy, and developed universal education and mass print culture. Both its imperial might and the fact that it had industrialised and urbanised decades before any other nation, allowed it to dominate world politics and culture in many ways for the better part of the nineteenth century.

Understanding the Victorians paints a vivid portrait of the era, combining broad survey with close analysis, and introduces students to the critical debates taking place among historians today. It encompasses all of Great Britain and Ireland over the whole of the Victorian period, giving prominence to social and cultural topics alongside politics and economics and emphasising class, gender, and racial and imperial positioning as constitutive of human relations. Starting with the Queen Caroline Affair in 1820 and coming right up to the start of World War I in 1914, Susie L. Steinbach uses thematic chapters to discuss and evaluate politics, imperialism, the economy, class, gender, the monarchy, arts and entertainment, religion, sexuality, religion, and science. Steinbach also provides three much-needed chapters on topics rarely covered at this introductory level on space, consumption, and the law.

With a clear introduction outlining the key themes of the period, a detailed timeline, and suggestions for further reading, this is the ideal companion for all students of the nineteenth century.

Empress Eugnie and the Arts: Politics and Visual Culture in the Nineteenth Century

This England: Essays on the English nation and Commonwealth in the sixteenth century (Politics Culture and Society in Early Modern Britain MUP)