True History of the Ghost: And All About Metempsychosis (Cambridge Library Collection - Spiritualism and Esoteric Knowledge) 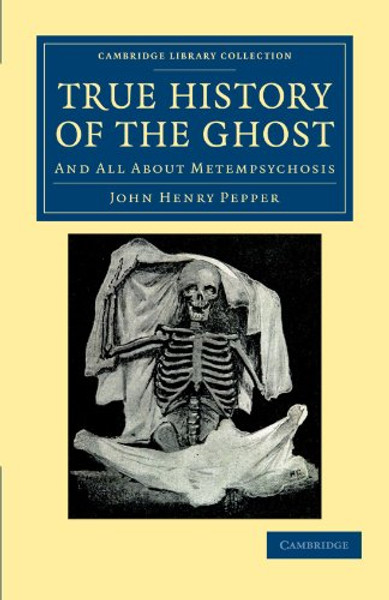 True History of the Ghost: And All About Metempsychosis (Cambridge Library Collection - Spiritualism and Esoteric Knowledge)

Chemist and illusionist John Henry Pepper (1821-1900) lectured at the Royal Polytechnic Institution in London, and incorporated experiments, illusions and magic lanterns into his popular science lectures. In 1862 he developed a stage-show illusion called 'the ghost'. This involved using strategically placed pieces of glass and specific lighting in order to create the illusion of ghostly figures on stage. The illusion was immensely popular in the second half of the nineteenth century - it was visited by royalty, and Pepper's show toured to America, Canada and Australia. In this book, first published in 1890, Pepper details the history of 'the ghost' and the process of carrying out the illusion. 'Pepper's Ghost' is considered to be a precursor to cinema, and this book will be of interest to those studying the development of popular nineteenth-century culture, the 'entertainment industry', and the origins of cinema.

Secrets of Conjuring and Magic: Or How to Become a Wizard (Cambridge Library Collection - Spiritualism and Esoteric Knowledge)