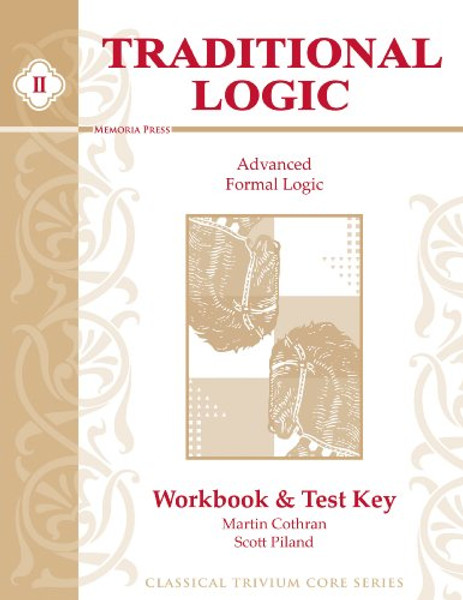 Traditional Logic II, by Martin Cothran, is a continuation of Memoria Press' Traditional Logic I. It covers the four figures of the traditional syllogism, the three forms of rhetorical arguments (called enthymemes), the three kinds of hypothetical syllogisms, the four kinds of complex syllogisms, as well as relational arguments. The book also includes a wealth of examples of arguments from the Bible, Lewis Carroll, Isaac Watts, St. Augustine and Tertullian, as well as extended case studies of famous arguments throughout history, such as Rene Descartes' famous enthymeme: 'I think, therefore, I am'; C.S. Lewis' disjunctive syllogism proving the deity of Christ; Plato's hypothetical argument concerning the power of love; Christ's conjunctive syllogism: 'You cannot serve both God and mammon'; David Hume's famous dilemma stating the problem of evil; the stoic Seneca's justification of the virtuous life; and St. Thomas Aquinas' cosmological argument for the existence of God.
This key provides the answers for the exercises in the text as well as the answers to the quizzes and tests.