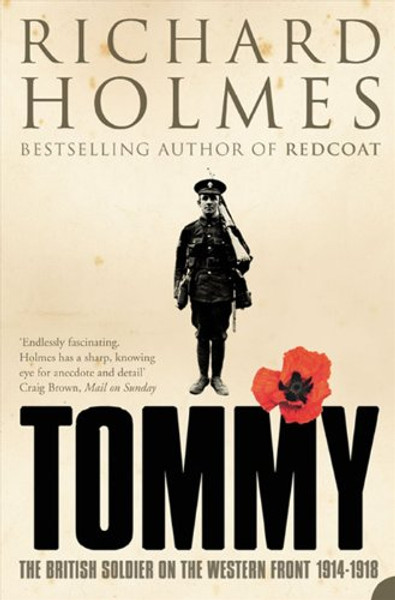 The first history of World War I to place centre-stage the British soldier who fought in the trenches, this superb and important book tells the story of an epic and terrible war through the letters, diaries and memories of those who fought it.

Of the six million men who served in the British army, nearly one million lost their lives and over two million were wounded. This is the story of these men epitomised by the character of Sgt Tommy Atkins and the women they left behind.

Using previously unseen letters, diaries, memoirs and poetry from the years 1914-1918, Richard Holmes paints a moving picture of the generation that fought and died in the mud of Flanders. He follows men whose mental health was forever destroyed by shell shock, women who lost husbands and brothers in the same afternoon and those who wrote at lunchtime and died before tea.

Groundbreaking and critically-acclaimed, this book tells the real story of trench warfare, the strength and fallibility of the human spirit, the individuals behind an epic event, and their legacy. It is an emotional and unforgettable masterpiece from one of our most important historians.

Tiger I on the Western Front

The Killing Ground: The British Army, the Western Front and Emergence of Modern Warfare, 1900-1918

All the King's Men: The British Soldier From The Restoration To Waterloo

All Quiet on the Western Front