Tobacco Industry and Smoking (Library in a Book) 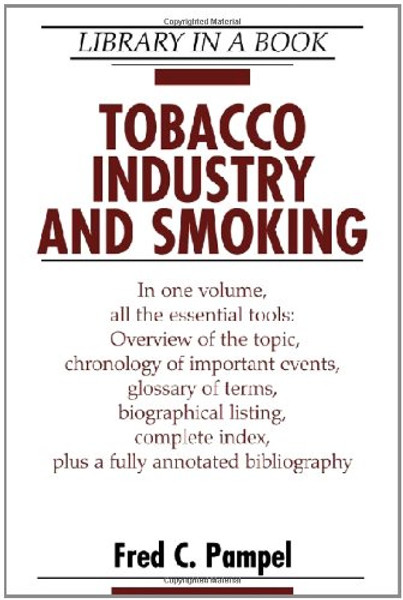 Tobacco Industry and Smoking (Library in a Book)

As the single largest preventable cause of untimely death, tobacco use kills hundreds of thousands prematurely each year. A host of new laws has increased taxes on cigarettes and restricted smoking in public places, and U.S. smoking rates have declined. But nearly a fifth of all adults in the United States still smoke. Meanwhile, the growing market for cigarettes has shifted from developed to developing nations, and powerful tobacco firms are restructuring in order to expand their power and reach. Tobacco Industry and Smoking, Revised Edition highlights emerging and accelerating trends in the worldwide battle over tobacco use, with up-to-date legal and historical overviews, reference resources, statistics, and a research guide. This volume in the Library in a Book series will interest not only students, teachers, and librarians but also counselors, health-care workers, government advocates, and members of the public interested in the effects of smoking on their lives and communities.

A Library Book for Bear (Bear and Mouse)

How to Treat a Book (Library Skills)

Library Book: In Her Hands