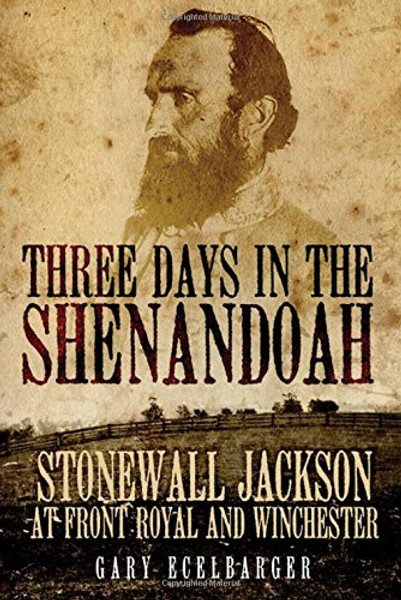 The battles of Front Royal and Winchester are the stuff of Civil War legend. Stonewall Jackson swept away an isolated Union division under the command of Nathaniel Banks and made his presence in the northern Shenandoah Valley so frightful a prospect that it triggered an overreaction from President Lincoln, yielding huge benefits for the Confederacy. Gary Ecelbarger has undertaken a comprehensive reassessment of those battles to show their influence on both war strategy and the continuation of the conflict. Three Days in the Shenandoah answers questions that have perplexed historians for generations.

Bypassing long-overused sources that have shrouded the Valley Campaign in myth, Ecelbarger draws instead on newly uncovered primary sourcesincluding soldiers accounts and officers reportsto refute much of the anecdotal lore that for too long was regarded as fact. He narrates those suspenseful days of combat from the perspective of battlefield participants and high commanders to weave a compelling story of strategy and tactics. And he offers new conclusions regarding Lincolns military meddling as commander in chief, grants Jefferson Davis more credit for the campaign than previous accounts have given him, and commends Union soldiers for their fighting.

Written with the flair of a seasoned military historian and enlivened with maps and illustrations, Three Days in the Shenandoah reinterprets this important episode. Ecelbarger sets a new standard for envisioning the Shenandoah Campaign that will both fascinate Civil War buffs and engage historians.

Such Troops as These: The Genius and Leadership of Confederate General Stonewall Jackson

Whatever You Resolve To Be: Essays on Stonewall Jackson