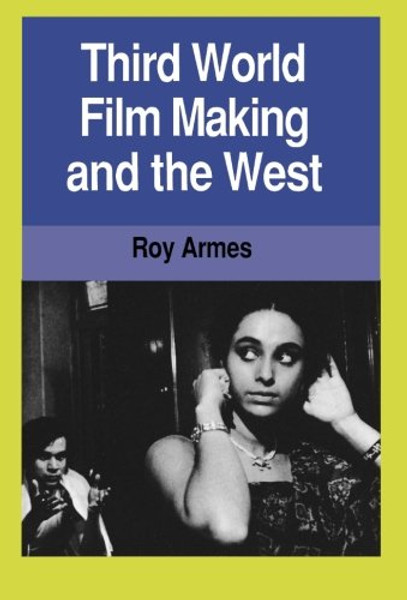 This volume is the first fully comprehensive account of film production in the Third World. Although they are usually ignored or marginalized in histories of world cinema, Third World countries now produce well over half of the worlds films. Roy Armes sets out initially to place this huge output in a wider context, examining the forces of tradition and colonialism that have shaped the Third World--defined as those countries that have emerged from Western control but have not fully developed their economic potential or rejected the capitalist system in favor of some socialist alternative. He then considers the paradoxes of social structure and cultural life in the post-independence world, where even such basic concepts as nation, national culture, and language are problematic.

The first experience of cinema for such countries has invariably been that of imported Western films, which created the audience and, in most cases, still dominate the market today. Thus, Third World film makers have had to ssert their identity against formidable outside pressures. The later sections of the book look at their output from a number of angles: in terms of the stages of overall growth and corresponding stages of cinematic development; from the point of view of regional evolution in Asia, Africa, and Latin America; and through a detailed examination of the work of some of the Third Worlds most striking film innovators.

In addition to charting the broad outlines of filmic developments too little known in Europe and the United States, the book calls into question many of the assumptions that shape conventional film history. It stresse the role of distribution in defining and limiting production, queries simplistic notions of independent national cinemas, and points to the need to take social and economic factors into account when considering authorship in cinema. Above all, the book celebrates the achievements of a mass of largely unknown film makers who, in difficult circumstances, have distinctively expanded our definitions of the art of cinema.

Roy Armes, who lives in London, has written nine books on film, his most recent being French Cinema. He spent more than three years researching this volume.

Close Encounters of the Third Kind: The Making of Steven Spielberg's Classic Film

Late Victorian Holocausts: El Nio Famines and the Making of the Third World

Encountering Development: The Making and Unmaking of the Third World

The Global Cold War: Third World Interventions and the Making of Our Times

Basics Film-Making 04: The Language of Film