The Yankee Comandante: The Untold Story of Courage, Passion, and One American's Fight to Liberate Cuba 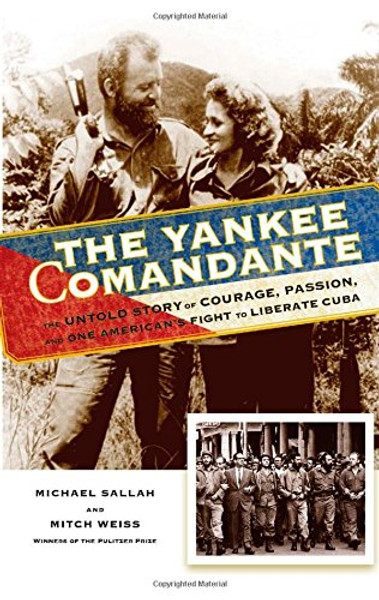 The Yankee Comandante: The Untold Story of Courage, Passion, and One American's Fight to Liberate Cuba

William Morgan, a tough-talking ex-paratrooper, stunned family and friends when in 1957 he left Ohio to join freedom fighters in the mountains of Cuba. He led one band of guerrillas, and Che Guevara another, and together they swept through the country, ultimately forcing corrupt dictator Fulgencio Batista from power. In just a year of fighting, the American revolutionary had altered the landscape of the Cold War. But Morgan believed they were fighting to liberate Cuba. Then Fidel Castro canceled elections, seized properties, and imprisoned Morgans fellow freedom fighters. Even Morgans own house mysteriously blew up. But The Comandante is about more than just the revolution. Its the story of two people in love, pressured by government agents and mobsters vying to control a nation that soon brought the world to the brink of nuclear destruction. In the mountains, Morgan met Olga Rodriguez, a beautiful, fiery nurse, whom he soon married. Together, amid their firestorm romance, they decided to take a stand and take back the government from Castro and Guevara. The newlyweds began running arms to prepare for a counterrevolution, soon caught in a cloak-and-dagger web among Castros forces; the Mob, which controlled Havana; and the CIAs preparations for the Bay of Pigs Invasion. But one of Morgans guards betrayed him to Castro, who threw the counterrevolutionary in prison, placing his wife and their two daughters under house arrest. The couple smuggled secret messages to each other until Olga ultimately escaped by drugging her captors. Before she could free her husband, though, a junta tribunal tried and sentenced him to death by firing squad. Drawing on declassified FBI, CIA, and Army intelligence records as well as Olgas diaries, Pulitzer Prizewinning authors Michael Sallah and Mitch Weiss skillfully reveal the inner workings of the Cuban Revolution while detailing the incredible love story of a rebel nurse and an American street hero who left their mark on history.

JFK: The Cuba Files: The Untold Story of the Plot to Kill Kennedy (Secret War)

Untold: The Stories Behind the Photographs

To the Limit: The Untold Story of the Eagles