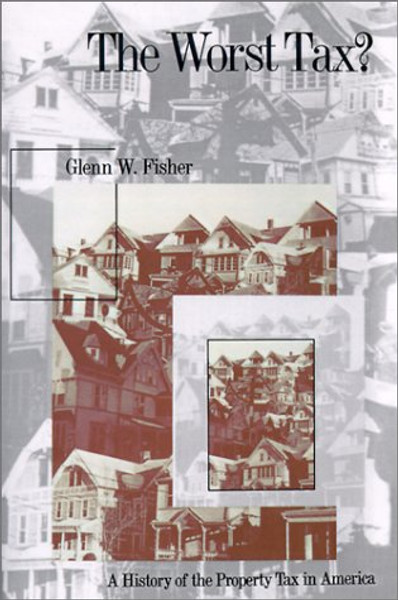 Noted tax economist Frederick C. Stocker has observed that the property tax resembles a structure designed by a mad architect, erected on a shaky foundation by an incompetent builder, and made worse by the well-intentioned repair work of hordes of amateur tinkerers. While that may still be a popular view, Glenn Fisher suggests that the actual history of this much-maligned tax should make us less inclined to such easy ridicule.

The frequent scapegoat of rebellious taxpayers, yet essential for the functioning of modern local governments, the property tax has a long and controversial history. Fisher's richly detailed account reveals the fundamental difficulties confronting all past attempts at designing an equitable and efficient system of property taxation during the past two centuries.

The general property tax-a locally administered tax ostensibly levied at equal rates on all wealthevolved out of the struggle for political and economic equality in the early American republic. It was, as Fisher shows, consistent with Jacksonian democratic principles that kept the tax power decentralized, limited, and close to home, while producing sufficient revenue to support state and local government even in thinly populated frontier states.

But as new states and their constitutions emerged throughout the nineteenth century, many citizens criticized the Jacksonian approach for its inconsistencies and inequities. Advocating principles long-associated with Alexander Hamilton and the Federalists, these critics called for uniform taxes centrally administered by professional bureaucracies. This tension between Jacksonian and Hamiltonian principles is an integral part of Fisher's story and remains unresolved as our local governments continue to cope with the conflict between their revenue needs and the desire for equitable taxation.

Drawing upon economic, legal, political, and public administration perspectives, Fisher has fashioned an illuminating chronicle of popular government and intergovernmental relations (federal, state, and local) that will be of equal interest to scholars, students, local governments, and reform-minded taxpayers.