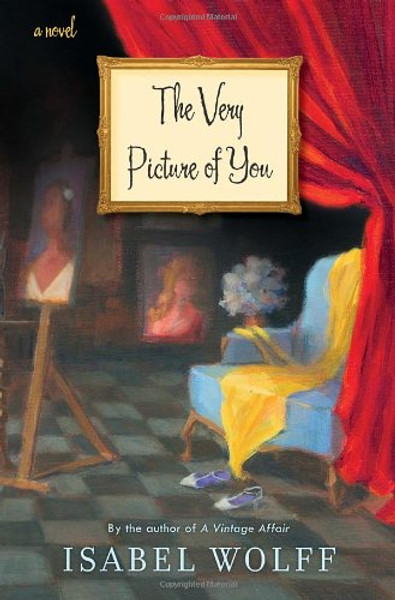 Where the eye sees the brushstroke, the heart sees the truth.

From Isabel Wolff, the internationally bestselling author of A Vintage Affair, comes a beguiling novel about artistic inspirations, family secrets, and the courage to turn ones life into a masterpiece.

At thirty-five, Gabriella GrahamElla to her family and friendshas already made a name for herself as a successful portrait artist in London. She can capture the essential truth in each of her subjects facesa tilt of the chin, a glint in the eyeand immortalize it on canvas. This gift has earned Ella commissions from royals and regular folks alike.

But closer to home, Ella finds the truth more elusive. Her father abandoned the family when she was five, and her mother has remained silent on the subject ever since. Ellas sister, Chloe, is engaged to Nate, an American working in London, but Ella suspects that he may not be so committed. Then, at Chloes behest, Ella agrees to paint Nates portrait.

From session to session, Ella begins to see Nate in a different light, which gives rise to conflicted feelings. In fact, through the various people she paintsan elderly client reflecting on her life, another woman dreading the prospect of turning forty, a young cyclist (from a photograph) who met a tragic endElla realizes that there is so much more to a persons life than what is seen on the surface, a notion made even clearer when an unexpected email arrives from the other side of the world. And as her portraits of Nate and the others progress, they begin to reveal less about their subjects than the artist herself.

A picture is worth a thousand words, and in Isabel Wolffs vibrant and textured story, these words are brilliantly crafted to convey the humor, mystery, and beauty that exists within each of us.

Picture This : A Novel

I'll Be Seeing You: A Novel

Where Are You Now?: A Novel

Talent Is Not Enough: Business Secrets For Designers (2nd Edition) (Voices That Matter)