The Shame and the Sorrow: Dutch-Amerindian Encounters in New Netherland (Early American Studies) 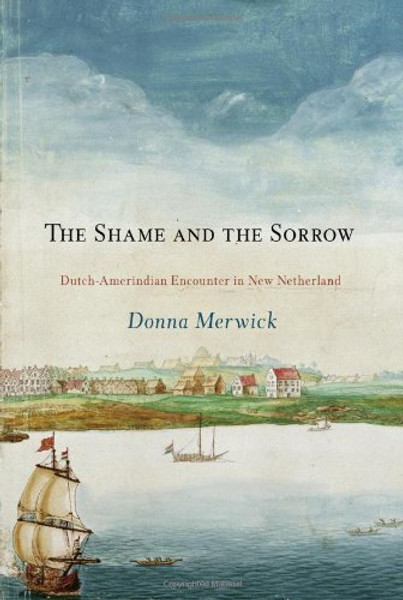 The Shame and the Sorrow: Dutch-Amerindian Encounters in New Netherland (Early American Studies)

The Dutch, through the directors of the West India Company, purchased Manhattan Island in 1625. They had come to the New World as traders, not expecting to assume responsibility as the sovereign possessor of a conquered New Netherland. They did not intend to make war on the natives peoples around Manhattan Island, but they did; they did not intend to help destroy native cultures, but they did; they intended to be overseas the tolerant, pluralistic, and antimilitaristic people they thought themselves to beand in so many respects wereat home, but they were not.

For the Dutch intruders, establishing a settled presence away from the homeland meant the destabilization of the adventurers' values and self-regard. They found that the initially peaceful encounters with the indigenous people soon took on the alarming overtones of an insurgency as the influx of the Dutch led to a complete upheaval and eventual disintegration of the social and political worlds of the natives.

How are the Dutch to be judged? Donna Merwick, in The Shame and the Sorrow, asks this question. She points to a betrayal both of their own values and of the native peoples. She also directs us to the self-delusion of hegemonic control. Her work belongs alongside the best of today's postcolonial studies in the description of cross-cultural violence and subtle questioning of the nature of writing its history.

Your First Year: How to Survive and Thrive as a New Teacher

The Art of Problem Solving, Vol. 1: The Basics