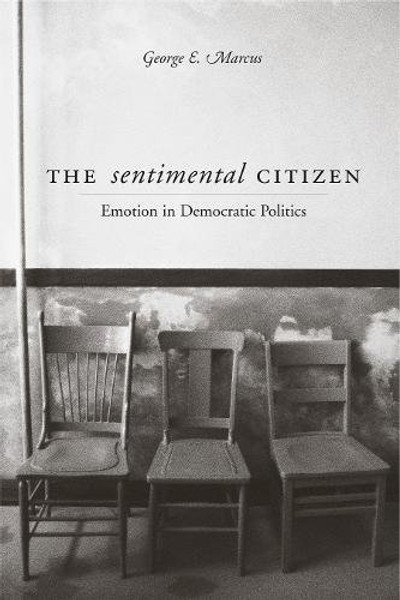 This book challenges the conventional wisdom that improving democratic politics requires keeping emotion out of it. Marcus advances the provocative claim that the tradition in democratic theory of treating emotion and reason as hostile opposites is misguided and leads contemporary theorists to misdiagnose the current state of American democracy. Instead of viewing the presence of emotion in politics as a failure of rationality and therefore as a failure of citizenship, Marcus argues, democratic theorists need to understand that emotions are in fact a prerequisite for the exercise of reason and thus essential for rational democratic deliberation and political judgment. Attempts to purge emotion from public life not only are destined to fail, but ultimately would rob democracies of a key source of revitalization and change.

Drawing on recent research in neuroscience, Marcus shows how emotion functions generally and what role it plays in politics. In contrast to the traditional view of emotion as a form of agitation associated with belief, neuroscience reveals it to be generated by brain systems that operate largely outside of awareness. Two of these systems, disposition and surveillance, are especially important in enabling emotions to produce habits, which often serve a positive function in democratic societies. But anxiety, also a preconscious emotion, is crucial to democratic politics as well because it can inhibit or disable habits and thus clear a space for the conscious use of reason and deliberation. If we acknowledge how emotion facilitates reason and is cooperatively entangled with it, Marcus concludes, then we should recognize sentimental citizens as the only citizens really capable of exercising political judgment and of putting their decisions into action.

Ovid and the Politics of Emotion in Elizabethan England

The Cultural Politics of Emotion

Politics and the Order of Love: An Augustinian Ethic of Democratic Citizenship

Dreyfus: Politics, Emotion, and the Scandal of the Century

The Nature of Order: An Essay on the Art of Building and the Nature of the Universe, Book 1 - The Phenomenon of Life (Center for Environmental Structure, Vol. 9)

The Doctor of Nursing Practice Essentials

Advanced Grammar in Use with Answers: A Self-Study Reference and Practice Book for Advanced Learners of English

The Bell Jar: A Novel