The Runaway Jury: A Novel 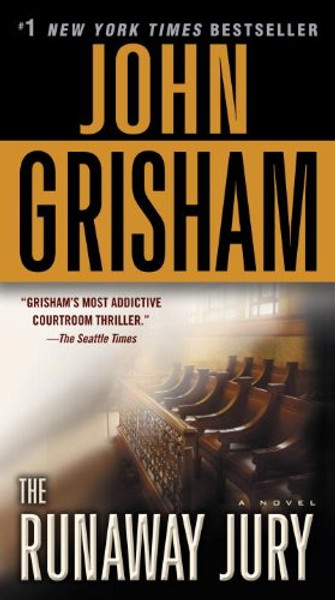 The Runaway Jury: A Novel

They are at the center of a multimillion-dollar legal hurricane: twelve men and women who have been investigated, watched, manipulated, and harassed by high-priced lawyers and consultants who will stop at nothing to secure a verdict. Now the jury must make a decision in the most explosive civil trial of the century, a precedent-setting lawsuit against a giant tobacco company. But only a handful of people know the truth: that this jury has a leader, and the verdict belongs to him.

He is known only as Juror #2. But he has a name, a past, and he has planned his every move with the help of a beautiful woman on the outside. Now, while a corporate empire hangs in the balance, while a grieving family waits, and while lawyers are plunged into a battle for their careers, the truth about Juror #2 is about to explode in a cross fire of greed and corruptionand with justice fighting for its life.

A Trial by Jury