The Rape of Belgium: The Untold Story of World War I 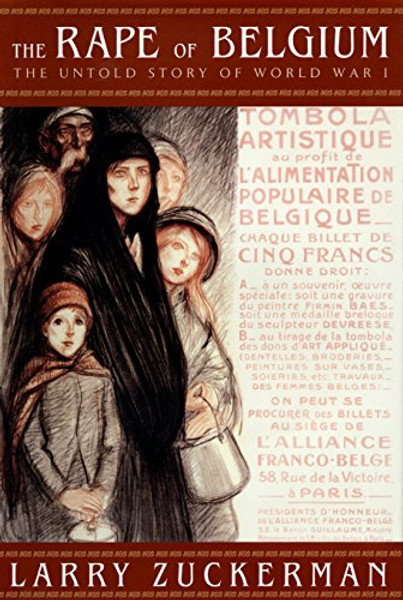 The Rape of Belgium: The Untold Story of World War I

In August 1914, the German Army invaded the neutral nation of Belgium, violating a treaty that the German chancellor dismissed as a scrap of paper. The invaders terrorized the Belgians, shooting thousands of civilians and looting and burning scores of towns, including Louvain, which housed the country's preeminent university.

The Rape of Belgium recalls the bloodshed and destruction of the 1914 invasion, and the outrage it inspired abroad. Yet Larry Zuckerman does not stop there, and takes us on a harrowing journey over the next fifty months, vividly documenting Germany's occupation of Belgium. The occupiers plundered the country, looting its rich supply of natural resources; deporting Belgians en masse to Germany and northern France as forced laborers; and jailing thousands on contrived charges, including the failure to inform on family or neighbors. Despite the duration of the siege and the destruction left in its wake, in considering Belgium, neither the Allies nor the history books focused on the occupation, and instead cast their attention almost wholly on the invasion.

Now, The Rape of Belgium draws on a little-known story to remind us of the horrors of war. Further, Zuckerman shows why the Allies refrained from punishing the Germans for the occupation and controversially suggests that had the victors followed through, Europe's reaction to the rise of Nazi Germany might have taken a very different course.

Korea: The Untold Story of the War

Knit Your Bit: A World War I Story

Voices of the Pacific: Untold Stories from the Marine Heroes of World War II