The Normandy Battlefields: D-Day and the Bridgehead 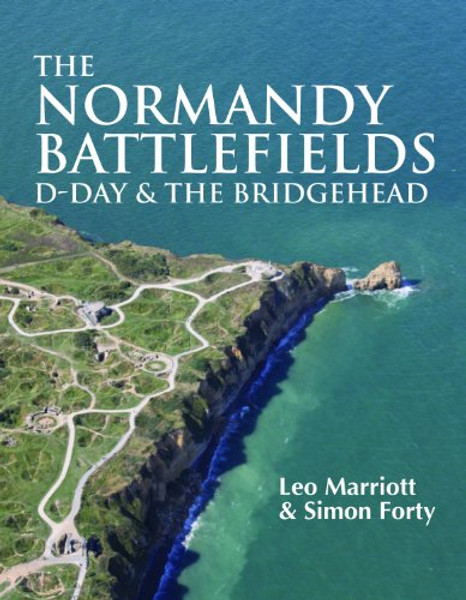 The Normandy Battlefields: D-Day and the Bridgehead

With their 70th anniversary just around the corner, the D-Day landings have lost none of their impact. Even today the vestiges of Hitlers Atlantic Wall speak of the huge undertaking necessary for the Allies to gain a foothold in Normandy. In this beautiful new full-color book, the reader goes on-site to the sacred battleground from its scarred medieval villages to the remains of modern means of destruction. The huge armada that attacked from Britain left behind many signs of their passage: from the huge caissons of the mulberry harbor around Arromanches, the gun emplacements at Longues and Merville, to the multitude of hardware used as memorialstanks, artillery, pillboxesand the many graves and cemeteries that honor those who died on both sides. It is in memory of the dead that much of what can be seen on the ground survives, but as the last few survivors reach their 90s, a new audience requires information about the events of the past that can only come from seeing the ground where the battle was fought. Today, the beaches are a fascinating mixture of the new and the old, including the new visitors center at Colleville and the renovation and expansion of the Utah Beach museumeven as further new memorials jostle with the older sites that have changed little in 70 years. The Normandy Battlefields details what can be seen on the ground today using a mixture of media to provide a complete overview of the campaign. Maps old and new highlight what has survived and what hasnt; then-and-now photography allows fascinating comparisons with the images taken at the timeparticularly the aerial viewsand computer artwork provides graphic details of things that cant be seen today. The book describes the area from Cherbourg to Le Havre by way of the key D-Day locations, providing a handbook for the visitor and an overview for the armchair traveler. It covers, wherever possible, the forces from both sides and the memorials to those young men who fought so many years ago.

The D-Day Atlas: Anatomy of the Normandy Campaign

Panzers in Normandy: Then and Now