The Making of Markova: Diaghilev's Baby Ballerina to Groundbreaking Icon 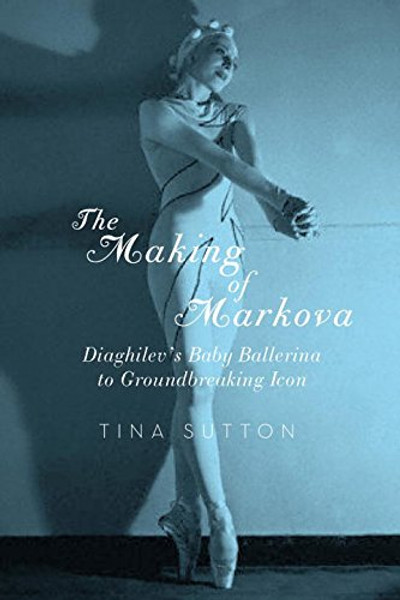 The Making of Markova: Diaghilev's Baby Ballerina to Groundbreaking Icon

As improbable as it is inspiring, the story of one of the greatest ballerinas of the 20th century, her fortitude and reinvention, and her journey from the Ballets Russes, Balanchine and Matisse to international stardom.

In pre-World War I England, a frail Jewish girl so shy she barely spoke a word until age six and so sickly she needed to be homeschooled is diagnosed with flat feet, knock knees and weak legs. In short order, Lilian Alicia Marks would become a dance prodigy, the cherished baby ballerina of Sergei Diaghilev, and the youngest ever soloist at his famed Ballets Russes. It was there that George Balanchine choreographed his first ballet for her, Henri Matisse designed her costumes, and Igor Stravinsky taught her music - all when the re-christened Alicia Markova was just 14. But the timid British dancer would be forced to overcome poverty, jealousy, anti-Semitism, and prejudices against her unconventional looks to become the greatest classical ballerina of her generation - and one of the most celebrated, self-reliant, and adventurous. A true ambassador of ballet, Markova co-founded touring companies, traveled to the far corners of the world, and was the first ballerina to appear on television. Given unprecedented access to Dame Markovas intimate journals and correspondence, Tina Sutton paints a full picture of the dancers astonishing life and times in 1920s Paris and Monte Carlo, 1930s London, and wartime in New York and Hollywood. Ballet lovers and readers everywhere will be fascinated by the story of one of the 20th centurys great artists. 60 photographs 60 photographs

Florence Nightingale: The Making of an Icon

Bobby Kennedy: The Making of a Liberal Icon