The Lost Pre-Raphaelite: The Secret Life and Loves of Robert Bateman 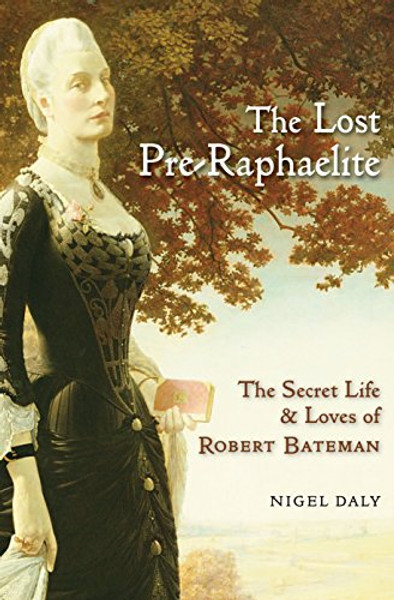 The Lost Pre-Raphaelite: The Secret Life and Loves of Robert Bateman

When the author bought a falling down fortified house on the Staffordshire moorlands, he had no reason to anticipate the astonishing tale that would unfold as it was restored. A mysterious set of relationships emerged amongst its former owners, revolving round the almost forgotten artist, Robert Bateman, a prominent Pre-Raphaelite and friend of Burne Jones. He was to marry the granddaughter of the Earl of Carlisle, and to be associated with Benjamin Disraeli, William Gladstone, and other prominent political and artistic figures.

But he had abandoned his life as an artist in mid-career to live as a recluse, and his rich and glamorous wife-to-be had married the local vicar, already in his sixties and shortly to die. The discovery of two clearly autobiographical paintings led to an utterly absorbing forensic investigation into Bateman's life.

The story moves from Staffordshire to Lahore, to Canada, Wyoming, and then, via Buffalo Bill, to Peru and back to England. It leads to the improbable respectability of Imperial Tobacco in Bristol, and then, less respectably, to a car park in Stoke-on-Trent. En route the author pieces together an astonishing and deeply moving story of love and loss, of art and politics, of morality and hypocrisy, of family secrets concealed but never quite completely obscured. The result is a page-turning combination of detective story and tale of human frailty, endeavor, and love. It is also a portrait of a significant artist, a reassessment of whose work is long overdue.

Nigel Daly is an antique dealer and house restorer.