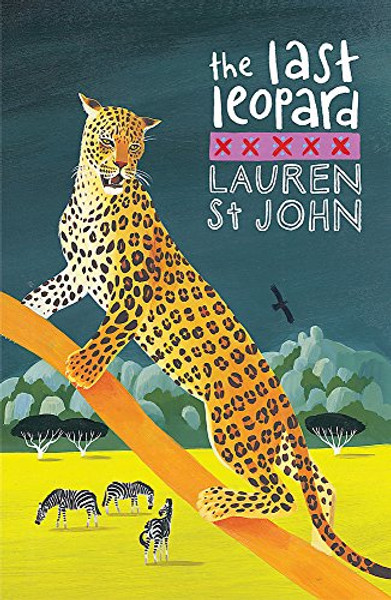 Martine is looking forward to the holidays and riding Jemmy, her white giraffe, until an accident sends her and Ben on a journey to the Matobo Hills wilderness in Zimbabwe. It is a lawless land, where nothing is as it seems. When they uncover a plot in which the fate of a magnificent leopard and the lost treasure of an African King are mysteriously linked, their friendship faces its greatest test. Far from home and the help of Grace and Tendai, and with Gwyn Thomas languishing, under false accusations, in jail, Martine and Ben must use every survival skill they possess. They'll come face to face with Griffin, Mercy, Mr Ratcliffe (known as Rat), Magnus the hornbill, and a witch doctor, not to mention Khan, the last leopard. They must decide who their friends are, and who are enemies, as they race against time to save the world's rarest leopard and each other.

This third African adventure is written with all the zest and skill that have endeared so many readers to THE WHITE GIRAFFE and DOLPHIN SONG.

The Eye of the Leopard

The Last of the Last: The Final Survivor of the First World War