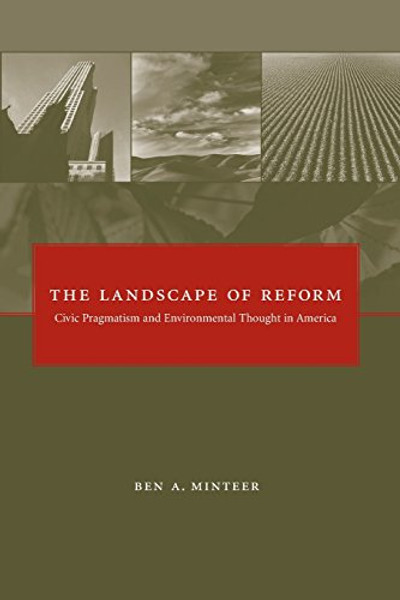 A study of the pragmatic roots of American environmentalism -- as seen in the work of Liberty Hyde Bailey, Lewis Mumford, Benton MacKaye, and Aldo Leopold -- and how it can inform a new, civic-minded environmentalism today.

In The Landscape of Reform Ben Minteer offers a fresh and provocative reading of the intellectual foundations of American environmentalism, focusing on the work and legacy of four important conservation and planning thinkers in the first half of the twentieth century: Liberty Hyde Bailey, a forgotten figure in the Progressive conservation movement; urban and regional planning theorist Lewis Mumford; Benton MacKaye, the forester and conservationist who proposed the Appalachian Trail in the 1920s; and Aldo Leopold, author of the environmentalist classic A Sand County Almanac. Minteer argues that these writers blazed a significant third way in environmental ethics and practice, a more pragmatic approach that offers a counterpoint to the anthropocentrism-versus-ecocentrism -- use-versus-preservation -- narrative that has long dominated discussions of the development of American environmental thought.

Minteer shows that the environmentalism of Bailey, Mumford, MacKaye, and Leopold was also part of a larger moral and political program, one that included efforts to revitalize democratic citizenship, conserve regional culture and community identity, and reclaim a broader understanding of the public interest that went beyond economics and materialism. Their environmental thought was an attempt to critique and at the same time reform American society and political culture. Minteer explores the work of these four environmental reformers and considers two present-day manifestations of an environmental third way: Natural Systems Agriculture, an alternative to chemical and energy-intensive industrial agriculture; and New Urbanism, an attempt to combat the negative effects of suburban sprawl. By rediscovering the pragmatic roots of American environmentalism, writes Minteer, we can help bring about a new, civic-minded environmentalism today.

What Is Landscape? (MIT Press)

The Future of Europe: Reform or Decline (MIT Press)