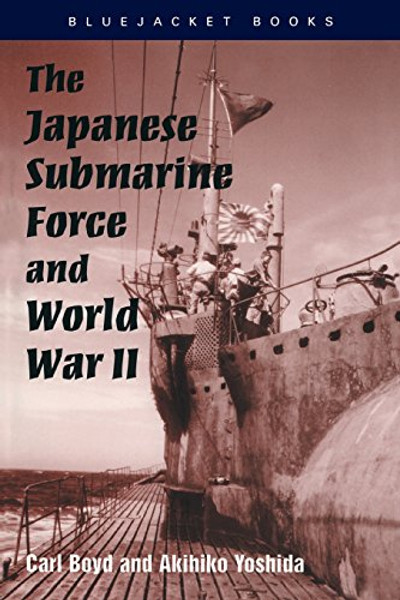 When first published in 1995, this book was hailed as an absolutely indispensable contribution to the history of the Pacific War. Drawing heavily from Japanese sources and American wartime intercepts of secret Japanese radio messages, a noted American naval historian and a Japanese mariner painstakingly recorded and evaluated a diverse array of material about Japan's submarines in World War II.

The study begins with the development of the first Japanese 103-ton Holland-type submergible craft in 1905 and continues through the 1945 surrender of the largest submarine in the world at the time, the 5300-ton I-400 class that carried three airplanes. Submarine weapons, equipment, personnel, and shore support systems are discussed first in the context of Japanese naval preparations for war and later during the war. Both successes and missed opportunities are analyzed in operations ranging from the California coast through the Pacific and Indian Oceans to the coast of German-occupied France. Appendixes include lists of Japanese submarine losses and the biographies of key Japanese submarine officers. Rare illustrations and specifically commissioned operational maps enhance the text.

War Beneath the Sea: Submarine Conflict During World War II

War in the Boats: My World War II Submarine Battles