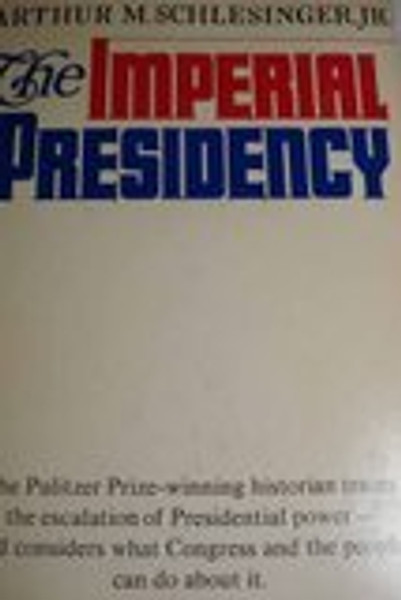 From two-time Pulitzer Prizewinning historian Arthur M. Schlesinger, Jr., comes one of the most important and influential investigations of the American presidency. The Imperial Presidency traces the growth of presidential power over two centuries, from George Washington to George W. Bush, examining how it has both served and harmed the Constitution and what Americans can do about it in years to come. The book that gave the phrase imperial presidency to the language, this is a work of substantial scholarship written with lucidity, charm, and wit (The New Yorker).

Power Of The Presidency