The Horse and Jockey from Artemision: A Bronze Equestrian Monument from the Hellenistic Period 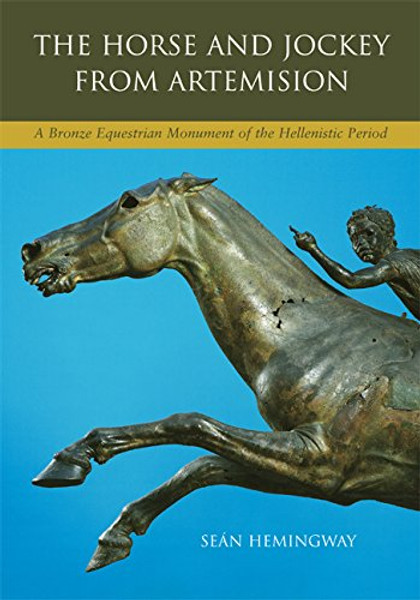 The Horse and Jockey from Artemision: A Bronze Equestrian Monument from the Hellenistic Period

Anyone who visits the National Archaeological Museum in Athens will vividly recall its centrepiece, the Horse and Jockey bronzes that were recovered in pieces from the sea off Artemision in 1928 and 1936. Bronze sculptures were popular throughout the Hellenistic world, the most famous being the Colossus of Rhodes, but very few survive today and the majority of those that do come from shipwrecks. The Horse and Jockey is one of the best to survive and forms the focus of this well-illustrated and informative study. Combining `a technical, stylistic, and iconographic examination of the bronzes with a careful assessment of the archaeological, epigraphic, literary, and iconographic evidence for horse racing', the volume discusses the rescue of the bronzes off northern Euboia, their initial condition and restoration before describing and analysing each part of the horse and its young jockey in turn. Hemingway considers the construction of the sculpture in detail, making comparison with similar examples, and assesses attempts by scholars during the last seventy years to date the bronzes and identify their purpose. Art historians have suggested that the bronzes depict a hunting or battle scene but Hemingway sides with those who interpret it as a representation of horse racing, `the most prestigious and splendid of all Greek sports'. The book concludes with Helen Andreopolou-Mangou's chemical analysis and metallographic examination of the bronzes.

Indian Painting: From Cave Temples to the Colonial Period

Ancient Greek Philosophy: From the Presocratics to the Hellenistic Philosophers

Adult Education in the American Experience: From the Colonial Period to the Present

Greek Hymns: Band 1: A Selection of Greek religious poetry from the Archaic to the Hellenistic period (Studies in Antiquity & Christianity)