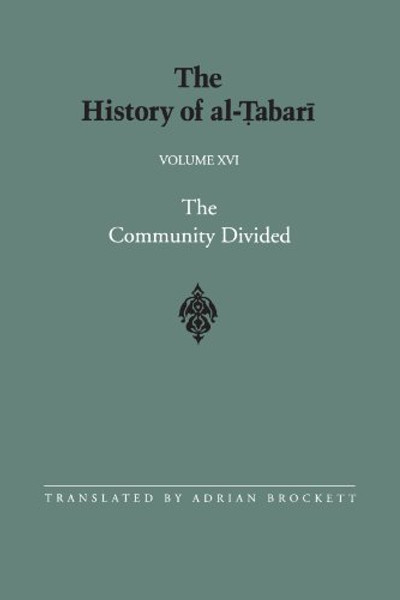 This volume of al-Tabari's history deals with the traumatic breakup of the Muslim community following the assassination of the Caliph 'Uthman. It begins with the first seriously contested succession to the caliphate, that of 'Ali, and proceeds inexorably through the rebellion of 'A'ishah, T'alhah, and al-Zubayr, to the Battle of the Camel, the first time Muslim army faced Muslim army. It thus deals with the very first violent response to the two central problems of Muslim history: who is the rightful leader, and which is the true community? It is a section with the weightiest implications for the Muslim interpretation of history, wide open to special pleading.

There are the Shi'a who depict 'Ali as a spiritual leader fighting against false accusations and the worldly ambitious. Conversely, there are those who would depict him or his followers in a negative light. There are also the 'Abbasid historians, who, though anti-Umayyad, must balance a reverence for the Prophet's household (ahl al-bayt) with a denunciation of 'Alid antiestablishmentarianism. All these points of view, and more, are represented in al-Tabari's compilation, illustrating the difficulty the Muslim community as a whole has faced in coming to terms with these disastrous events.

Ancient Near Eastern History and Culture

The History of Al-Tabari: The Sasanids, the Byzantines, the Lakmids,