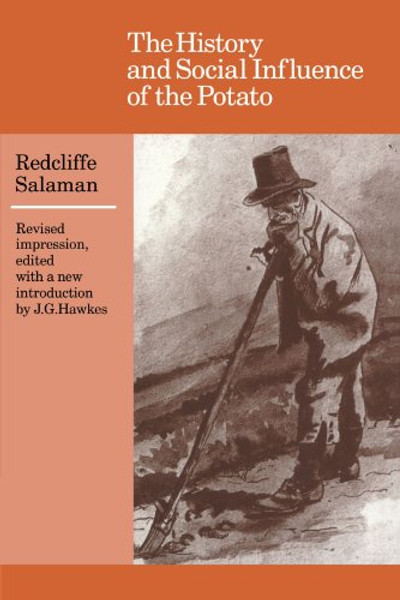 First published in 1949, this remarkable book is the culmination of a life-long study of every aspect of the potato. Dr Salaman is concerned first with the history of the potato as a member of the botanical genus Solanum, its adaptation by man as a cultivated plant, and the record of its spread throughout the world; secondly he considers the influence the potato has exerted upon the social structure and economy of different peoples at different times. The archaeological and anthropological evidence for the early significance of the potato among the peoples of Latin America is discussed in detail with numerous illustrations, but the central portion of the book is concerned with the European, and particularly the Irish evidence. Naturally the Great Hunger is the most dramatic single episode in the entire work, and Dr Salaman does full justice to his tragic theme, concluding with the observation that in Ireland 'the potato ended in wrecking both exploited and exploiter'. Elegantly written, with numerous vivid anecdotes, Salaman's History has long enjoyed the status of a classic. This revised impression, with a new introduction and emendations by Professor J. G. Hawkes, enables another generation of readers to sample what Eric Hobsbawm has referred to as 'that magnificent monument of scholarship and humanity'.