The Hidden History of Capoeira: A Collision of Cultures in the Brazilian Battle Dance 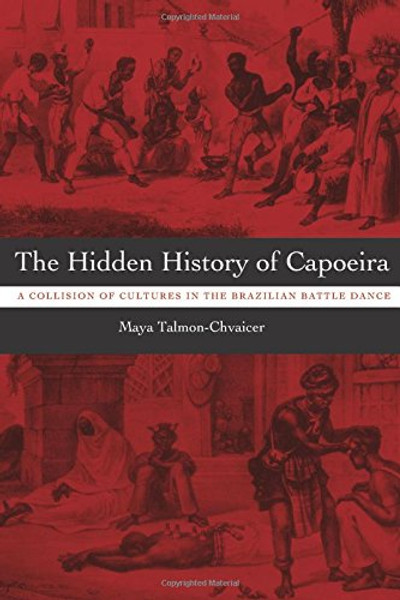 The Hidden History of Capoeira: A Collision of Cultures in the Brazilian Battle Dance

Capoeira, a Brazilian battle dance and national sport, has become popular all over the world. First brought to Brazil by African slaves and first documented in the late eighteenth century, capoeira has undergone many transformations as it has diffused throughout Brazilian society and beyond, taking on a multiplicity of meanings for those who participate in it and for the societies in which it is practiced. In this book, Maya Talmon-Chvaicer combines cultural history with anthropological research to offer an in-depth study of the development and meaning of capoeira, starting with the African cultures in which it originated and continuing up to the present day.

Using a wealth of primary sources, Talmon-Chvaicer analyzes the outlooks on life, symbols, and rituals of the three major cultures that inspired capoeirathe Congolese (the historic area known today as Congo-Angola), the Yoruban, and the Catholic Portuguese cultures. As she traces the evolution of capoeira through successive historical eras, Talmon-Chvaicer maintains a dual perspective, depicting capoeira as it was experienced, observed, and understood by both Europeans and Africans, as well as by their descendants. This dual perspective uncovers many covert aspects of capoeira that have been repressed by the dominant Brazilian culture.

This rich study reclaims the African origins and meanings of capoeira, while also acknowledging the many ways in which Catholic-Christian culture has contributed to it. The book will be fascinating reading not only for scholars but also for capoeira participants who may not know the deeper spiritual meanings of the customs, amulets, and rituals of this jogo da vida, game of life.

The Dance Experience: Insights into History, Culture and Creativity

Battle: A History Of Combat And Culture