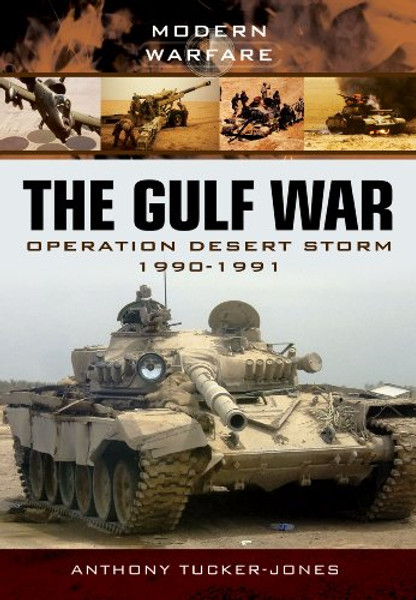 Each stage in the Gulf War, the liberation by American-led UN forces of Iraqi-occupied Kuwait in 1990-91, is vividly described in this photographic history. Over 180 photographs provide a remarkable visual account of Operation Desert Storm in the air, at sea and on land, and they show the vast array of military equipment deployed by both sides.

Anthony Tucker-Jones, who worked at the time as an analyst for British Defense Intelligence, describes the armed forces that were ranged against each other, in total over a million troops, over 7000 armored vehicles, 4600 artillery pieces, and thousands of aircraft.

In a concise text he relates the key events in the short, intense conflict that followed the preliminary air campaign, the elimination of the Iraqi navy, the coalitions ground offensive, the tank battles in which American Abrams and British Challengers engaged Soviet-designed T-72 and T-62s, the Iraqi retreat, the death and destruction at the Muttla Pass, and the liberation of Kuwait City.

The photographs, most of which have not been published before, give a powerful impression of the character of late-twentieth-century warfare. They also record a major conflict that has been overshadowed by the more recent war against Saddam Husseins Iraq.

Vipers in the Storm: Diary of a Gulf War Fighter Pilot

Peace Operations (War and Conflict in the Modern World)