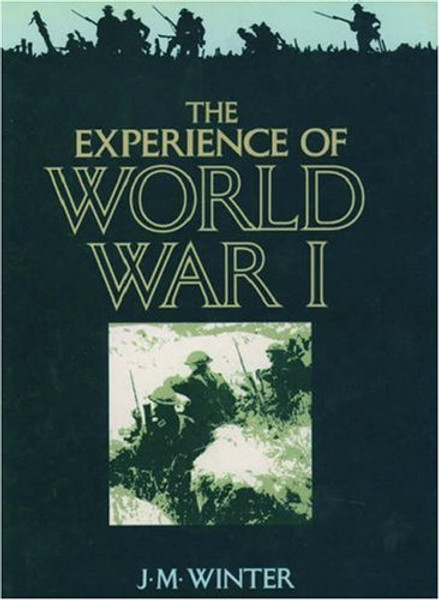 World War I was one of the greatest upheavals in history, involving upwards of 70 million combatants--9 million of whom lost their lives--and setting off shock waves that were felt worldwide long after the Armistice of 1918. In The Experience of World War I, J.M. Winter marshalls a comprehensive range of historical materials, hundreds of vivid illustrations, and numerous eye-witness accounts to provide an illuminating and gripping chronicle of this cataclysmic event and its aftermath.
How did the assassination of one man, the Archduke Franz Ferdinand, trigger such vast devastation? What was combat like for the common soldier? Why did the generals persist in large-scale offensives after catastrophic losses early in the war? What was the impact of the war on European politics, the world economy, and the arts? To answer these and myriad other questions, Winter examines the war year by year, describing the conflict as it was experienced by politicians, generals, soldiers and civilians. Illustrated with hundreds of color and black-and-white photographs, the book uncovers many intriguing aspects of the war: it reveals that soldiers in fact spent only two weeks per month in the front trenches, describes how the father of tycoon Rupert Murdoch broke the story of the disaster at Gallipoli, and outlines the unprecedented logistics problems the military faced (it took 20 boxcars of food per day to feed 17,000 men--and there were 5 million men in the British army alone). There is also a wealth of fascinating sidebar material covering a wide variety of secondary topics, from women's war poetry to the sinking of the LusitaniaT. The book is further enhanced by numerous first-hand accounts of life during the war, drawn from diaries, memoirs and other writings of both men and women, from all countries and social groups, and it also includes a full chronology, many full-color maps, and tables of essential data.
Combining political, military, and social history, this evocative account captures the Great War in all its complexity, from the bloody battles of Verdun, the Somme, and Passchendaele, to the flood of post-war literary and artistic works, including All Quiet on the Western Front and Jean Renoir's film La Grande Illusion.

A Medic's Story: An Autobiography of Experiences During World War II