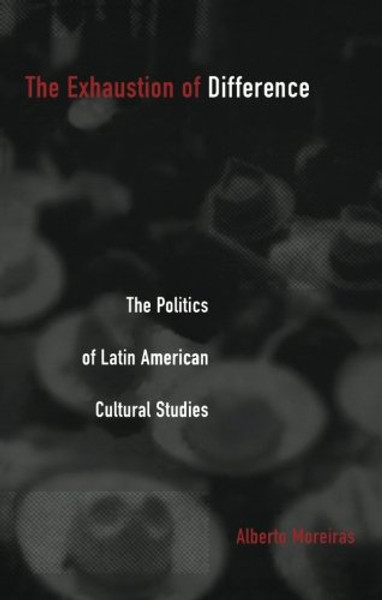 The conditions for thinking about Latin America as a regional unit in transnational academic discourse have shifted over the past decades. In The Exhaustion of Difference Alberto Moreiras ponders the ramifications of this shift and draws on deconstruction, Marxian theory, philosophy, political economy, subaltern studies, literary criticism, and postcolonial studies to interrogate the minimal conditions for an effective critique of knowledge given the recent transformations of the contemporary world.
What, asks Moreiras, is the function of critical reason in the present moment? What is regionalistic knowledge in the face of globalization? Can regionalistic knowledge be an effective tool for a critique of contemporary reason? What is the specificity of Latin Americanist reflection and how is it situated to deal with these questions? Through examinations of critical regionalism, restitutional excess, the historical genealogy of Latin American subalternism, testimonio literature, and the cultural politics of magical realism, Moreiras argues that while cultural studies is increasingly institutionalized and in danger of reproducing the dominant ideologies of late capitalism, it is also ripe for giving way to projects of theoretical reformulation. Ultimately, he claims, critical reason must abandon its allegiance to aesthetic-historicist projects and the destructive binaries upon which all cultural theories of modernity have been constructed.
The Exhaustion of Difference makes a significant contribution to the rethinking of Latin American cultural studies.