The End of the Peace Process: Oslo and After 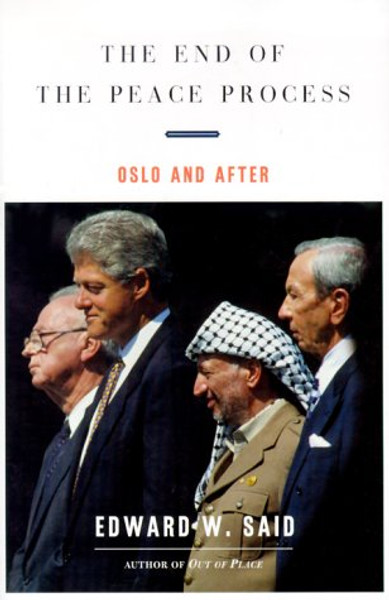 The End of the Peace Process: Oslo and After

In this important collection of fifty pieces, Edward Said questions the very foundations of the Oslo accords. Signed in September 1993 on the White House lawn by Israel and the PLO, the accords were immediately hailed as a success and a breakthrough for peace in the Middle East, but Said realized that the imbalance of power between the signees would set up a problematic dynamic, bringing only an illusionary stability. The later interim agreements of Taba, Hebron, and the Wye Plantation would already limit the next phase -- the final-status negotiations set to conclude this year, when the future condition of refugees, Jerusalem, borders, water and compensations must be decided.

Incisively cutting through the hyperbole in the press surrounding the accords, these pieces document the historic content but also give otherwise unreported accounts of what has really gone on in the occupied territory since the signing. The continuing expansion of Israeli settlements, the repressive leadership and inflated bureaucracy of Yasir Arafat, Said's own return to Jerusalem after forty-five years, the subsequent banning of his books by the Palestinian Authority, and Oslo's inability to recognize Palestine's self-determination are among the issues of peace and justice he discusses.

Together these essays are an eloquent and courageous statement for peaceful coexistence and equality between two peoples, and for an end to the separation of Jews and non-Jews -- the only hope for a lasting solution in the Middle East.

After the End (Oberon Modern Plays)

The Man in the Window: A Thriller (Oslo Detectives)

Dying Well: Peace and Possibilities at the End of Life