The Dancer Defects: The Struggle for Cultural Supremacy during the Cold War 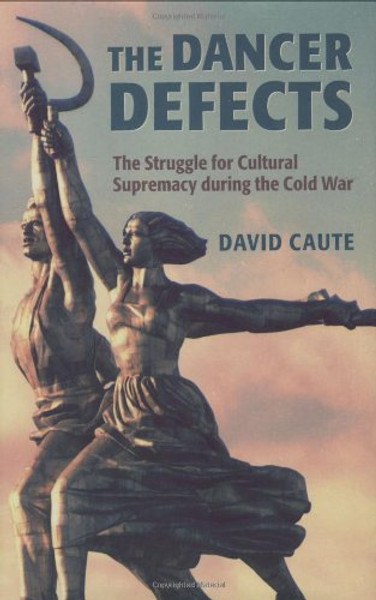 The Dancer Defects: The Struggle for Cultural Supremacy during the Cold War

The cultural Cold War between the Soviet Union and the West was without precedent. At the outset of this original and wide-ranging historical survey, David Caute establishes the nature of the extraordinary cultural competition set up post-1945 between Moscow, New York, London and Paris, with the most intimate frontier war staged in the city of Berlin. Using sources in four languages, Caute explores the cultural Cold War as it rapidly penetrated theatre, film, classical music, popular music, ballet, painting and sculpture, as well as propaganda by exhibition. Artists such as Miller, Picasso, Eisenstein, Shostakovich, and Stravinsky became involved in this fierce cultural competition through which each of the major Cold War protagonists sought to establish their supremacy. Caute challenges some recent, one-dimensional, American accounts of 'Cold War culture', which ignore not only the Soviet performance but virtually any cultural activity outside the USA. The West presented its cultural avant-garde as evidence of liberty, even through monochrome canvases and dodecaphonic music appealed only to a minority audience. Soviet artistic standards and teaching levels were exceptionally high, but the fear of freedom and innovation virtually guaranteed the moral defeat which accelerated the collapse of the Soviet Union.

Memoranda During the War

Europe: The Struggle for Supremacy, from 1453 to the Present

Fighting for Democracy: Black Veterans and the Struggle Against White Supremacy in the Postwar South (Princeton Studies in American Politics: Historical, International, and Comparative Perspectives)

Who Paid the Piper?: The CIA and the Cultural Cold War