The Closed Circle: An Interpretation of the Arabs (Edward Burlingame Book) 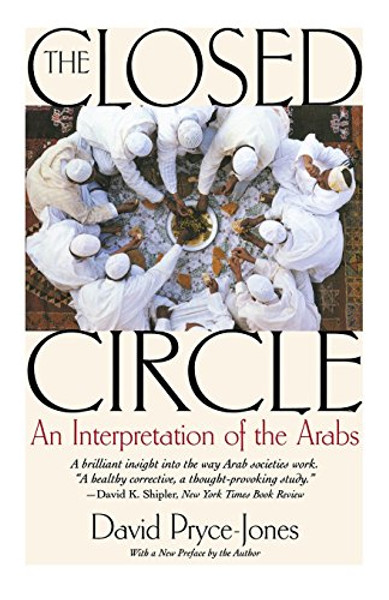 The Closed Circle: An Interpretation of the Arabs (Edward Burlingame Book)

As the violence of the Middle East has come to America, many Westerners are stunned and confounded by this new form of mayhem that appears to be a feature of Arab societies. This important book explains how Arabs are closed in a circle defined by tribal, religious, and cultural traditions. David Pryce-Jones examines the forces which drive the Arabs in their dealings with each other and with the West. In the postwar world, he argues, the Arabs reverted to age-old tribal and kinship structures, from which they have been unable to escape. In tribal society, loyalty is extended to close kin and other members of the tribe. The successful nation-statethe model that Westerners understandgenerates broader loyalties, but the tribal world has no institutions that have evolved by common consent for the general good. Those who seek power achieve it by plotting secretly and ruthlessly eliminating their rivals. In the Arab world, violence is systemic. This is a healthy corrective, a thought-provoking study. And Mr. Pryce-Jones has done his research, bringing a wealth of reading to his task; the book is extensively documented, with a good section of reference notes. David K. Shipler, New York Times Book Review. Acute insights into how the Middle East works, or fails to work. This is definitely a book to be read, if also one to be thought about carefully and rather critically. David Morgan, Times Literary Supplement.

Romans in Full Circle: A History of Interpretation

Beyond the Arab Spring: Authoritarianism & Democratization in the Arab World