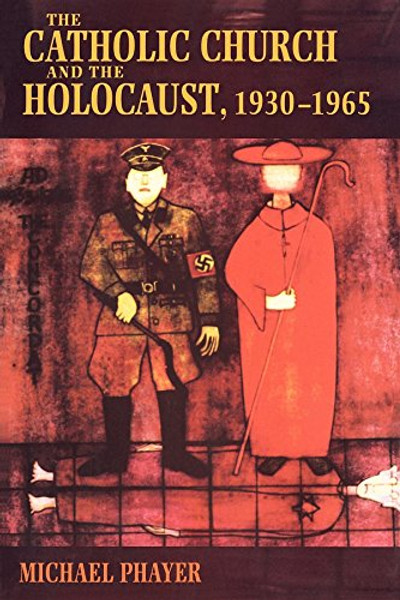 Phayer offers exactly what was needed.... A fair and even-tempered account of a volatile subject. Kirkus Reviews

An important addition to the literature of the Holocaust. Publishers Weekly

Phayer has written a singularly important book on the role of the Catholic Church in both the Holocaust and its aftermath, up to and including Vatican II. Diligently researched and documented, judicious in its conclusions, comprehensive in its scope, compassionate and humane in its outlook, this book is an indispensable resource. Richard L. Rubenstein

Phayers study of [the Catholic Church] as an actor in the tumultuous history of the [20th century] will serve as a model for other historians. Donald J. Dietrich, Boston College

Phayers book, particularly strong on German source material, is at pains to list Piuss strong points his piety, his loathing of Hitler, the instances of personal warmth, the occasions when he criticized Nazism. Phayer examines not only Piuss actions but those of other leading Catholics, and his study extends beyond the end of World War II to follow the evolution of official Catholic thinking during the rebuilding of Germany, the cold war, and the gradual theological reforms that led to Vatican II. This enables Phayer to show how the church completely reversed its position relative to the Jews, but it also gives him a more thorough reading of Pius XIIs overall record. It is a damning and convincing verdict that emerges. Commonweal

Investigative Staff Of The Boston Globe

Betrayal: The Crisis in the Catholic Church

The Gospel and Catholic Church

Compendium : Catechism of the Catholic Church

Catechism of the Catholic Church

A Concise History of the Catholic Church