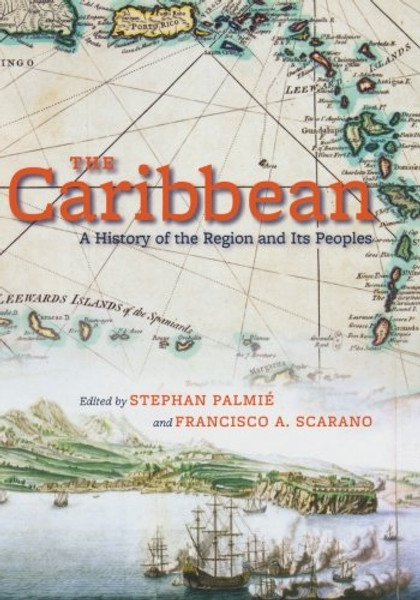 Combining fertile soils, vital trade routes, and a coveted strategic location, the islands and surrounding continental lowlands of the Caribbean were one of Europes earliest and most desirable colonial frontiers. The region was colonized over the course of five centuries by a revolving cast of Spanish, Dutch, French, and English forces, who imported first African slaves and later Asian indentured laborers to help realize the economic promise of sugar, coffee, and tobacco. The Caribbean: A History of the Region and Its Peoples offers an authoritative one-volume survey of this complex and fascinating region.

This groundbreaking work traces the Caribbean from its pre-Columbian state through European contact and colonialism to the rise of U.S. hegemony and the economic turbulence of the twenty-first century. The volume begins with a discussion of the regions diverse geography and challenging ecology and features an in-depth look at the transatlantic slave trade, including slave culture, resistance, and ultimately emancipation. Later sections treat Caribbean nationalist movements for independence and struggles with dictatorship and socialism, along with intractable problems of poverty, economic stagnation, and migrancy.

Written by a distinguished group of contributors, The Caribbean is an accessible yet thorough introduction to the regions tumultuous heritage which offers enough nuance to interest scholars across disciplines. In its breadth of coverage and depth of detail, it will be the definitive guide to the region for years to come.

A History of Ukraine: The Land and Its Peoples - 2nd Edition

The Earth & Its Peoples: A Global History, Complete