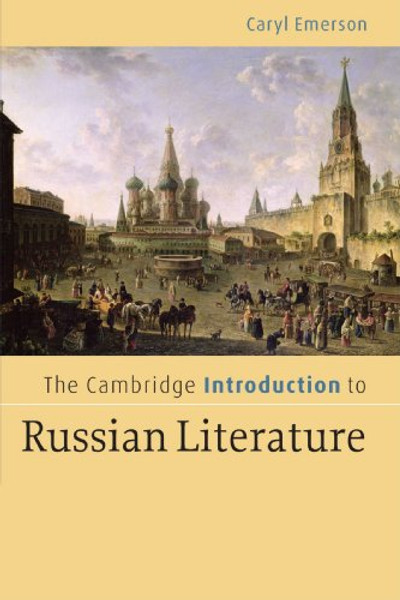 Russian literature arrived late on the European scene. Within several generations, its great novelists had shocked - and then conquered - the world. In this introduction to the rich and vibrant Russian tradition, Caryl Emerson weaves a narrative of recurring themes and fascinations across several centuries. Beginning with traditional Russian narratives (saints' lives, folk tales, epic and rogue narratives), the book moves through literary history chronologically and thematically, juxtaposing literary texts from each major period. Detailed attention is given to canonical writers including Pushkin, Gogol, Dostoevsky, Tolstoy, Chekhov, Bulgakov and Solzhenitsyn, as well as to some current bestsellers from the post-Communist period. Fully accessible to students and readers with no knowledge of Russian, the volume includes a glossary and pronunciation guide of key Russian terms as well as a list of useful secondary works. The book will be of great interest to students of Russian as well as of comparative literature.

Look to the Rock: An Old Testament Background to Our Understanding of Christ

The Name of the Wind (Kingkiller Chronicles, Day 1)

Meditation: Achieving Inner Peace and Tranquility In Your Life (Little Books and CDs)