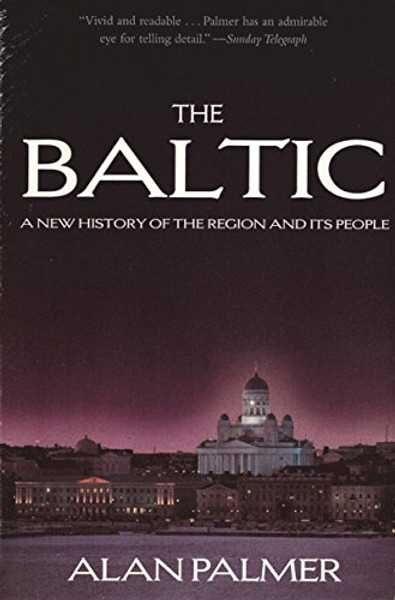 In this long-needed history of the peoples and nations surrounding the Baltic Sea, we pass through the legendary castles of Elsinore and Halsingborg to enter a unique landscape and culture.

Alan Palmer traces the history of the Baltic region from its early Viking days and its time under the Byzantine Empire through its medieval prime when the Baltic Sea served as one of Europes central trading grounds. Palmer addresses both the strong nationalist sentiments that have driven Baltic culture and the early attempts at Baltic unification by Sweden and Russia. The Baltic also dissects the politics and culture of the region in the twentieth century, when it played multiple historic roles: it was the Eastern Front in the First World War; the setting of early uprisings in the Russian Revolution; a land occupied by the Nazis during the Second World War; and, until very recently, a region dominated by the Soviets. In the twenty-first century, increasing attention has been focused on the Baltic states as they grow into their own in spite of growing neo-imperialist pressure from post-Soviet Russia. In The Baltic, Alan Palmer provides readers with a detailed history of the nations and peoples that are now poised to emerge as some of Europes most vital democracies.

A History of Ukraine: The Land and Its Peoples - 2nd Edition

The Earth & Its Peoples: A Global History, Complete