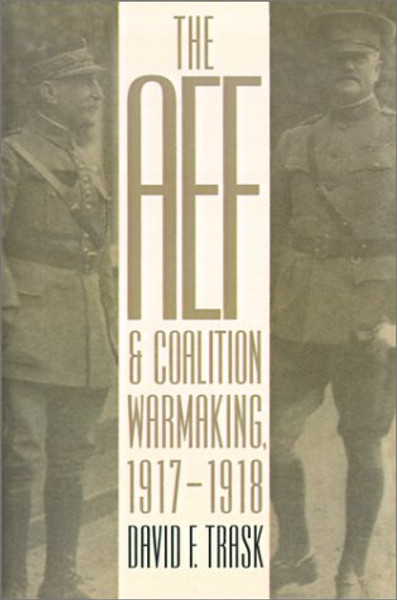 Underscoring an emerging revisionist view of the American Expeditionary Forces, David Trask argues that the performances of the AEF and General John J. Pershing were much more flawed than conventional accounts have suggested. This can best be seen, he shows, by analyzing coalition warfare at the level of grand tacticsi.e., campaign military operations.

The AEF didn't perform well in France, Trask contends, because it was committed as an independent force before it had time to train and gain experience. President Wilson and General Pershing's initial insistence on an independent American force rather than an integration with existing French and British armies resulted in costly delays and bitter victories in the decisive Allied counteroffensives against Ludendorff and the Central Powers.

Using a tactic uncommon in previous studies of the AEF, David Trask views the campaign of 1918 through the eyes of the highest-ranking of field commanders, including Pershing, Marshal Ferdinand Foch of the Allied and Associated Powers, and General Erich Ludendorff of the Central Powers.

Trask's portrayal of Pershing reveals a self-righteous leader who was unwilling to correct initial misconceptions that marred the doctrine and training of the AEF. Consequently, Trask demonstrates, Pershing's stormy relations with Allied military and civilian leader seriously undermined the AEF and its efforts to conduct coalition warfare.

The Pope's Soldiers: A Military History of the Modern Vatican (Modern War Studies)