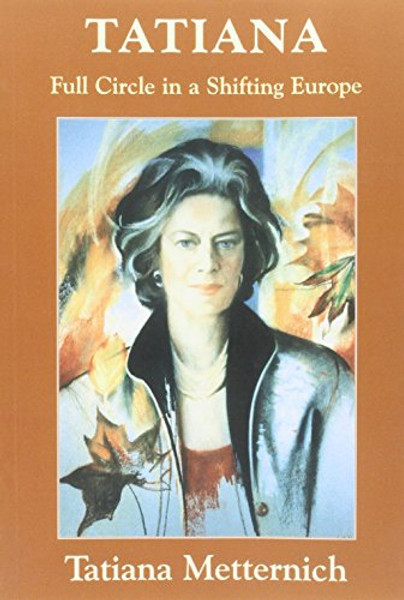 Born Princess Tatiana Wassiltchikoff, her first memories are of herself as a small child in St Petersburg in the closing years of Tsarist Russia, a world of English nannies, of comfort, space and beauty, about to be shattered by war and revolution. She and her family escaped aboard the Princess Ena, sent by King George V to rescue his aunt, to begin a new nomadic and often destitute life of emigration, travelling across Europe, to her father's estates in Lithuania. 1939 found her witnessing the horrors of Germany's invasion of Poland, before settling in Berlin, attached to the German Foreign Office, where she would meet and fall in love with her husband, Prince Paul Metternich. Her account of life within the Reich is graphic in its description of the horror and deprivation endured by the civilian population, and sharply critical of the Nazi regime. With her husband sent to the Russian front, her description of the nightmare years of the war are vividly conveyed, as are the dangerous months surrounding the Hitler assassination plot of July 1944 - the Princess and her husband were friends of many of the leading conspirators and only narrowly escaped themselves from being implicated. Tatiana is also the story of two houses: Konigswart and Johannisberg - both Metternich family homes. One of the most moving parts of this epic testament is of her appalling journey by horse-drawn cart from the doomed Konigswart palace, in what was then Czechoslovakia, ahead of advancing Russian troops, across a dangerous and lawless Germany to Johannisberg, which she would find bombed out of existence. Her struggle to rebuild Johannisberg; her extensive travels working across Europe as a senior Red Cross official; her husband's involvement (and her's) with international motor racing, when Prince Paul becomes head of the FIA; her reconciliation with the new Russia and the emerging democracies in Eastern Europe, all bring this extraordinary memoir bang up to date. Now in her ninth decade, Princess Tatiana leads as active and engrossing a life as ever, firmly aware that privilege also means responsibility to bear witness. First published in 1976, this new edition incorporates the many changes which Princess Metternich incorporated into her revised autobiography, recently published in Germany and Russia.

The City of Shifting Waters (Valerian)

Passport to the Cosmos

Easy Songs for Shifting in the First Five Positions: A Violin Technique Book for Group Classes and Private Instruction