Suryia Swims!: The True Story of How an Orangutan Learned to Swim 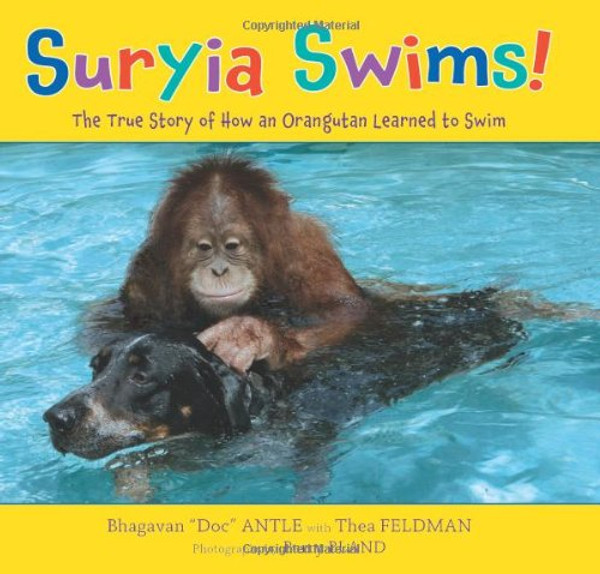 Suryia Swims!: The True Story of How an Orangutan Learned to Swim

Suryia is not your average orangutan. In the first book about him, Suryia and Roscoe, Suryia found an unusual best friend: a dog named Roscoe. Now Suryia jumps into an unusual new hobby: swimming!

Orangutans don't swim; it doesn't come naturally to them. But Suryia shows that adventures await those who are willing to try something new.

Set on a preserve for endangered animals, The Institute of Greatly Endangered and Rare Species (T.I.G.E.R.S.), here is another true tale of an original orangutanthe first ever known to swim!

Firefighters from the Heart: True Stories and Lessons Learned

How to Die of Embarrassment Every Day: A True Story

Light in the Darkness: A Story about How Slaves Learned in Secret

Suryia and Roscoe: The True Story of an Unlikely Friendship

True Story: How to Combine Story and Action to Transform Your Business