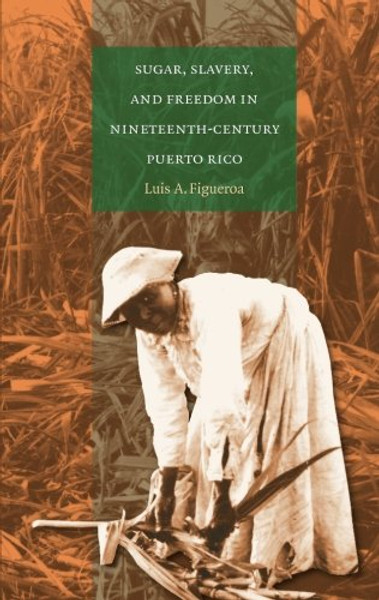 The contributions of the black population to the history and economic development of Puerto Rico have long been distorted and underplayed, Luis A. Figueroa contends. Focusing on the southeastern coastal region of Guayama, one of Puerto Rico's three leading centers of sugarcane agriculture, Figueroa examines the transition from slavery and slave labor to freedom and free labor after the 1873 abolition of slavery in colonial Puerto Rico. He corrects misconceptions about how ex-slaves went about building their lives and livelihoods after emancipation and debunks standing myths about race relations in Puerto Rico.

Historians have assumed that after emancipation in Puerto Rico, as in other parts of the Caribbean and the U.S. South, former slaves acquired some land of their own and became subsistence farmers. Figueroa finds that in Puerto Rico, however, this was not an option because both capital and land available for sale to the Afro-Puerto Rican population were scarce. Paying particular attention to class, gender, and race, his account of how these libertos joined the labor market profoundly revises our understanding of the emancipation process and the evolution of the working class in Puerto Rico.

Slavery and Freedom on the Middle Ground: Maryland During the Nineteenth Century (Yale Historical Publications Series)

Old Ship of Zion: The Afro-Baptist Ritual in the African Diaspora (Religion in America)