Street Smart: Competition, Entrepreneurship and the Future of Roads 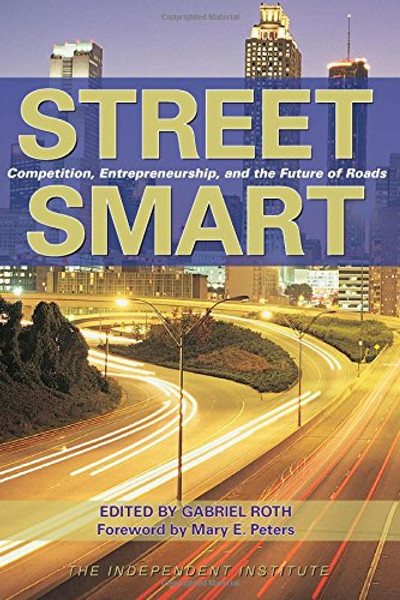 Street Smart: Competition, Entrepreneurship and the Future of Roads

The poor health of today's roads--a subject close to the hearts of motorists, taxpayers, and government treasurers around the world--has resulted from faulty incentives that misdirect government decision-makers, according to the contributors to Street Smart. During the 1990s, bad government decision-making resulted in the U.S. Interstate Highway System growing by only one seventh the rate of traffic growth. The poor maintenance of existing roads is another concern. In cities around the world, highly political and wasteful government decision-making has led to excessive traffic congestion that has created long commutes, reduced safety, and caused loss of leisure time.

Street Smart examines the privatization of roads in theory and in practice. The authors see at least four possible roles for private companies, beyond the well-known one of working under contract to design, build, or maintain governmentally provided roads. These include testing and licensing vehicles and drivers; management of government-owned facilities; franchising; and outright private ownership. Two chapters describe the history of private roads in the United Kingdom and the United States. Contemporary examples are provided of road pricing, privatizing, and contracting out are evident in environs as diverse as Singapore, Southern California, and Scandinavia, and cities as different as Bergen, Norway, and London, England. Finally, several chapters examine strategies for implementing privatization. The principles governing providing scarce resources in free societies are well known. We apply them to such necessities as energy, food, and water so why not to road space ? The main obstacle to private, or semi-private, ownership of roads is likely to remain the reluctance of the political class to give up a lucrative source of power and influence.

Those who want decisions about road services to be controlled by the interplay of consumers and suppliers in free markets, rather than by politicians, will have to explain the need for change. Street Smart makes a powerful case for the need for change and sheds light on the complex issues involved. Gabriel Roth is a transport and privatization consultant and a research fellow at the Independent Institute in Oakland, California.

The Future of Competition: Co-Creating Unique Value With Customers