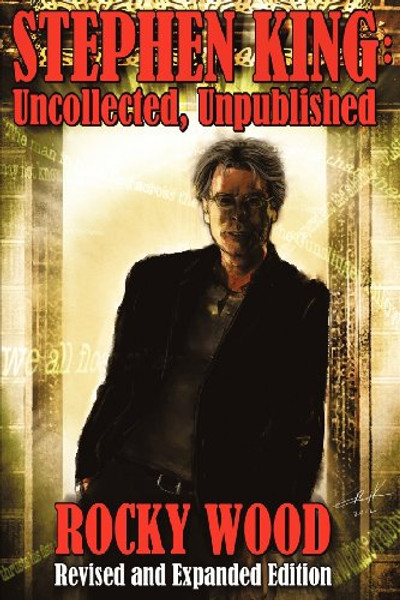 There are a multitude of interesting updates in the revised edition of the classic book about King's 'hidden' work - Stephen King: Uncollected, Unpublished. This edition is likely to prove to the definitive book about King's uncollected, unpublished and lost works.
Included in the new information are a series of newly discovered unpublished works. For many of which the author was able to secure Stephen King's exclusive and definitive statements about how they originated, and why they never saw the light of day. Many of these quotes are entertaining and even controversial. Among previously unknown works are:


Stephen King reveals more about:
Stephen King also helps clears up many mysteries about titles and stories he is rumoured to have written, all exclusively for this edition of Stephen King: Uncollected, Unpublished, including that rumoured screenplay of Poltergeist!
There are new Chapters with full detail about these newly published but uncollected tales:
New Poems have been added, including:
And there are significant revisions to many chapters, including: