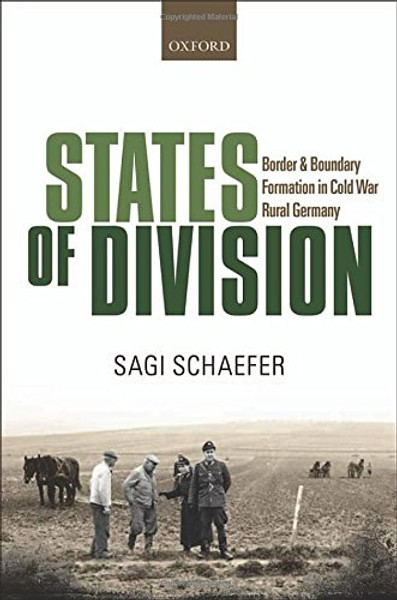 States of Division analyses the division of Germany and the development of the Iron Curtain during the four and a half decades of the Cold War. The centerpiece of this global fault-line was the thousand-mile-long border dividing Germany into West and East. This long border traversed primarily rural peripheries and the development of division along it entailed protracted processes of social and cultural demarcation. Unlike the Berlin Wall, which sprang up overnight in the urban enclave under watchful eyes of Soviet and Western armies, the inter-German border evolved slowly through interactions between frontier residents and various state agencies. The division of Germany and of the world emerged through conflicts between everyday practices, economic necessities, policies of German and foreign governments, and their ability to push these policies through.

The division of Germany was a multi-faceted process, which progressed slowly and unevenly. States of Division demonstrates that along with the crucial context of the Cold War, multiple historical and social frameworks are required to decipher division and explain how and where it took place. Dividing a modern integrated society along a thousand-mile border was not planned or intended by the allies and at no stage was agreed upon by East and West German authorities. It gave rise to contradictions and conflicts with practice and tradition, undermining economy and culture in the borderlands, and required protracted negotiations and considerable resources. It was not a fait accompli of Yalta or Potsdam, nor was it completed with the construction of the Berlin Wall in 1961. German division only stabilized as a sociopolitical fact through the inter-German compromise of the 1970s, which also planted the seeds of its undoing. Integrating local, regional and national perspectives, this volume tells a complex story, showing how diplomacy and policy affected daily practices and were affected by them.

The Oxford History of Modern War

The Enlightenment (Studies in European History)