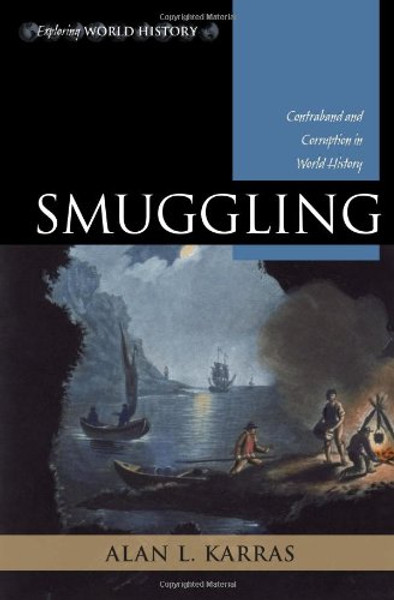 In this lively book, Alan L. Karras traces the history of smuggling around the world and explores all aspects of this pervasive and enduring crime. Through a compelling set of cases drawn from a rich array of historical and contemporary sources, Karras shows how smuggling of every conceivable good has flourished in every place, at every time. Significantly, Karras draws a clear distinction between smugglers and their more popular criminal cousins, pirates, who operated in the open with a type of violence that was nearly always shunned by smugglers. Explaining the divergence between the two groups, the book illustrates both crossovers and differences.

At the same time, states and empires tolerated smuggling since eliminating smuggling was a sure route to a disgruntled and disorderly citizenry, and governments required order to remain in power. As a result, smuggling allowed individuals to negotiate an unstated social contract that minimized the role of government in their lives. Thus, Karras provocatively argues that smuggling was, and is, tightly woven into an uneasy relationship among governments, taxation, citizenship, and corruption.

Bringing smugglers and smuggling to life, this book provides a fascinating exploration for all readers interested in crime and corruption throughout modern history.

The History of the World

History of the World