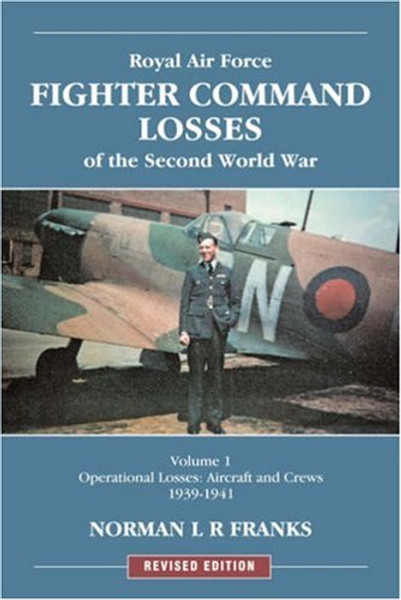 During 1939-1941, Fighter Command lost around 1,000 aircrew. The reasons and circumstances for these losses are shown as crucial campaigns are enacted. Forty illustrations complement the loss details, and appendices provide Fighter Command Orders of Battle at crucial periods in the conflict, plus details of the build-up of Night Fighter Squadrons during 1941, and a list of Wing Leaders. In August 1939, on the eve of the war with Germany, Britain was ill-prepared and Fighter Command could muster only 37 operation squadrons to face the foe. Following a brief campaign in Norway, and the brave but disastrous Battle of France and retreat through Dunkirk, Britain stood alone, waiting. As the forefront of Britain's defense at this time was RAF Fighter Command, with its Hurricanes, Spitfires, Blenheims, and a few obsolete Gladiators. The inevitable onslaught began, and somehow, against vastly superior odds, the pilots, who became immortalized as the world-famed few , repulsed the Luftwaffe during the frenetic air fighting that culminated in 'The Battle of Britain' in the summer of 1940. Germany's failure to overcome the RAF and its decision to attack Russia allowed Britain to consolidate, rebuild, and then begin to go onto the offensive. This book records operational losses on a day-by-day basis, identifying the units concerned, the crews involved, and the aircraft type, service serial number, and code letters where possible.

Losses and Gains: Reflections on a Life